We’re just a couple of regular guys looking to spread our love of dirt and snow – and want to encourage all of you to expand what you thought possible! 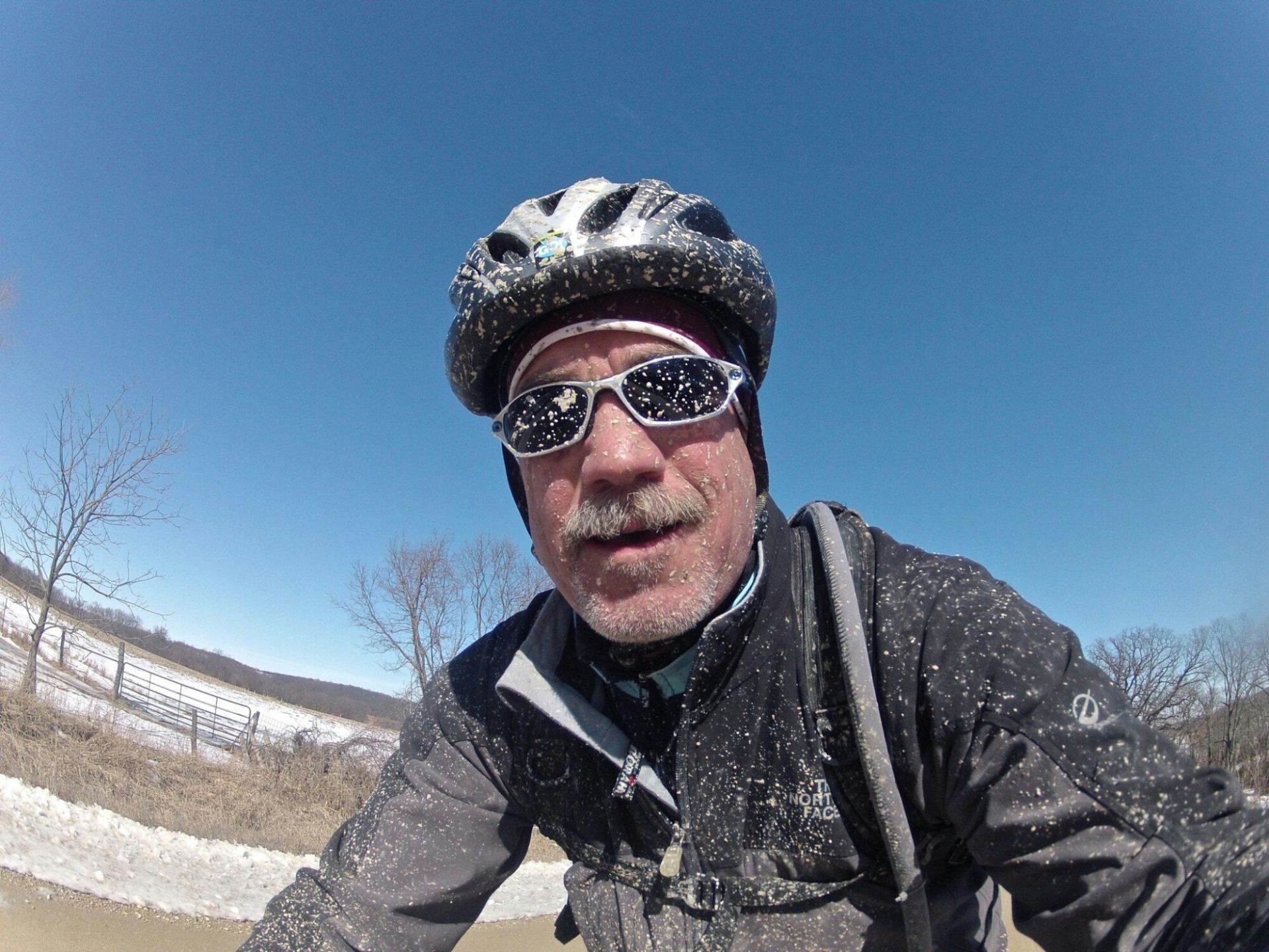 While sitting around reading old running magazines in 2007, I noticed an ad with a bunch of belt buckles from 100-mile runs and thought it’d be cool to reward people for riding a bunch of 100-mile rides. Since my brother-in-law is a potter, not a silversmith, I went with stoneware cups- and the Cup’O Dirt was born! Originally, the Cup’O Dirt was awarded to those riding a dozen full centuries in a calendar year. Those who could finish 6 were awarded a Cup O’ Mississippi Mud and those completing a dozen metric centuries were awarded the Half Liter’O Dirt. We’ve added to that list recently, so hop on your fat bike and hit some winter trails! Steve Cannon runs, fat bikes, kayaks, and skis. We doubt he would call himself a runner, biker, kayaker, or skier, however. He would most likely refer to himself as an adventurer.

In 2018 Steve completed the Iditarod Trail 350-mile bike race, and in 2019 he became the very first Iowan to complete the 1000-mile Iditarod Trail Invitational bike race from Anchorage to Nome, Alaska. This historic race was documented by David Mable in the movie ‘1000 Miles to Nome’ which is available at http://www.expandyourpossible.com.