Oh, Canada, I want to ride on you! This in from Lennard P.

“I did my 1st Bikepacking trip this past weekend in preparation for my upcoming attempt at the Oregon Outback. In typical Kamloops fashion the ride started off on Saturday morning on a steady 3000 ft climb out of the valley. This was the first time doing it on a 50lb bike though (additional 25lbs of bikepacking gear on the bike) – I soon learned that although the weight was not that noticeable on flats and seems to pull you down as soon as you descend, there was not going to be any fast climbing! Slow and steady was the only way to make climbing with that much weight sustainable. I had 125km planned for the day with 2 big climbs totalling 7200 feet of climbing – this was an exercise in pacing, eating and drinking above all.

As had now become routine the weather had to conspire against me again and I did get to ride through 2 rain showers with some sunny breaks in between, the average temp for the day hovering around 5 degrees Celsius.  I stopped a few times along the way to take some pics, filter some water from various streams and stay fueled. 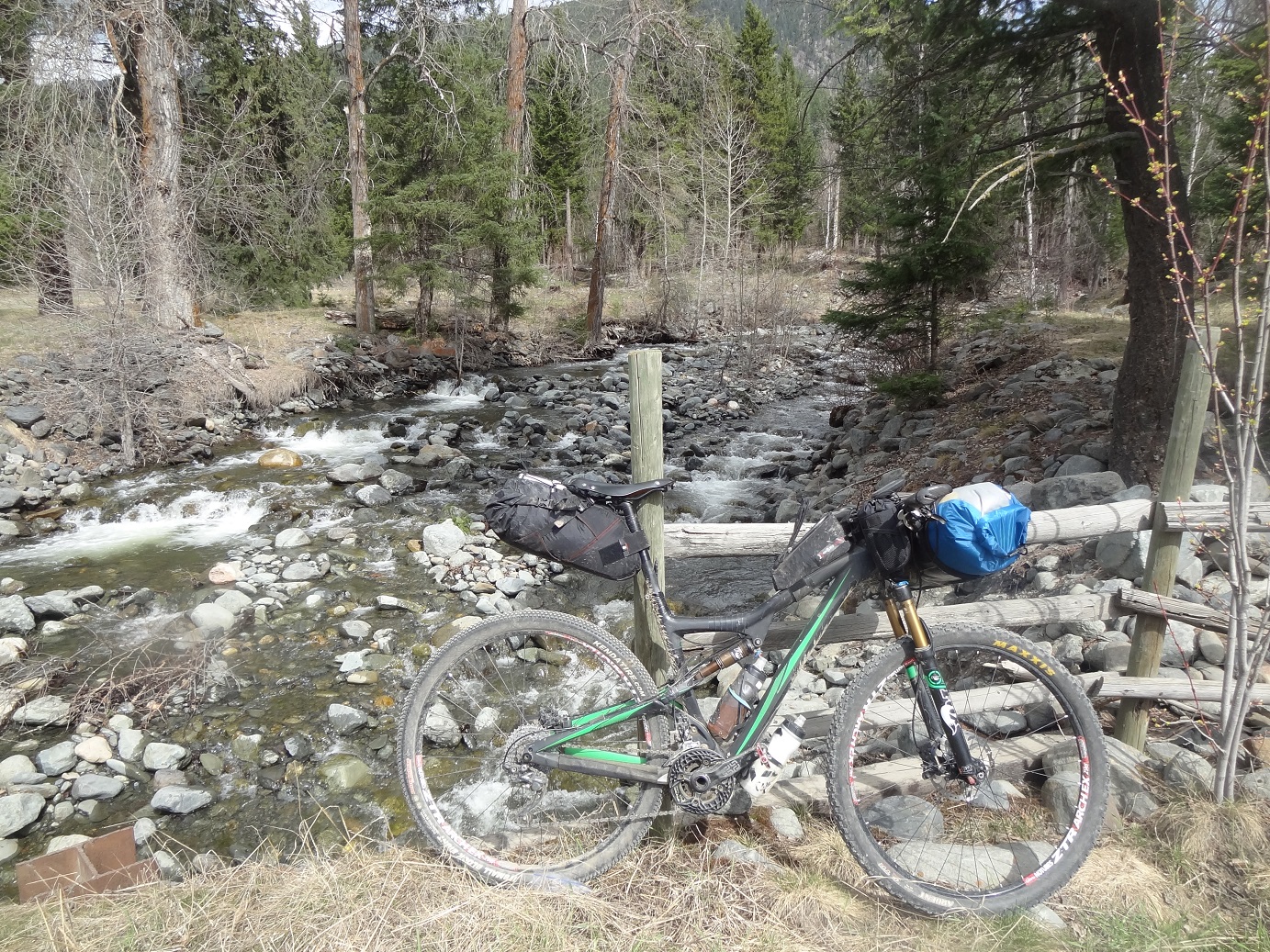 Climbing the last few kilometers up to Johnson Lake at 3800 feet elevation I hit the snow that I seemed to have been unable to avoid on any century thus far this year – pretty sure there will be none of this in Oregon!! Called it a day having spent a  total of 10 hours (stops included) riding 125km over 2 big climbs and terrain including some steep pitches, snow, ice and mud making me appreciate the 2inches+ tires of the mountain bike vs the crossbike.

Spent a cold night on the lakeside that evening and got an early start at 6h30 the next morning starting with a  cool (literally and figuratively) decent onto Adams Lake.

Spent bright sunny windy morning heading down along the western shore of the lake, restocked and enjoyed a coffee at the little roadside Adams Lake store before the final ascent up to Niskolith Lake and back along the valley along the South Thompson River to Kamloops.

The last 60km was spent battling a headwind of 30km/h gusting to 50km/h reducing me to 10km/h on flat roads at times – at least the sun was shining for the most part! Finished the ride with 250km ridden and 11500 feet climbed , more than 200km of that on gravel and doubletrack.

A memorable trip and one of the highlights of my years biking thus far! Huge thanks to my wife for putting up with this ‘hobby’ and allowing me to spend this time on the bike!”

Beautiful trip, Lennard! Thanks for sharing.