“This ride was on Saturday, February 20, and my second metric toward “The Cup.”

The Callaway 50 was a very well organized ride hosted by the fine folks at The Red Wheel Bike Shop in Jefferson City, MO. The bike shop and adjacent coffee house were open and eager to serve riders.  The weather for the ride was unseasonably warm for an early season gravel outing, with temperatures topping out around 70 degrees.

I had the good fortune to ride with a majority representation of Team Virtus, arguably one of the most fun loving, all-around greatest groups of folks you’d ever want to grab a wheel with.  No matter the circumstances that arise, the Virtus crew will most certainly turn it into an adventure to remember.On the roll out from Jefferson City, seeing dozens of riders spiraling wheel-to-wheel down in a giant serpentine on the multi-level ramp from the Missouri River Bridge was a remarkable sight.  Once at the bottom, the hammer dropped for five flat miles across the Missouri River bottom, leading to the undulating hills and valleys waiting to the north. 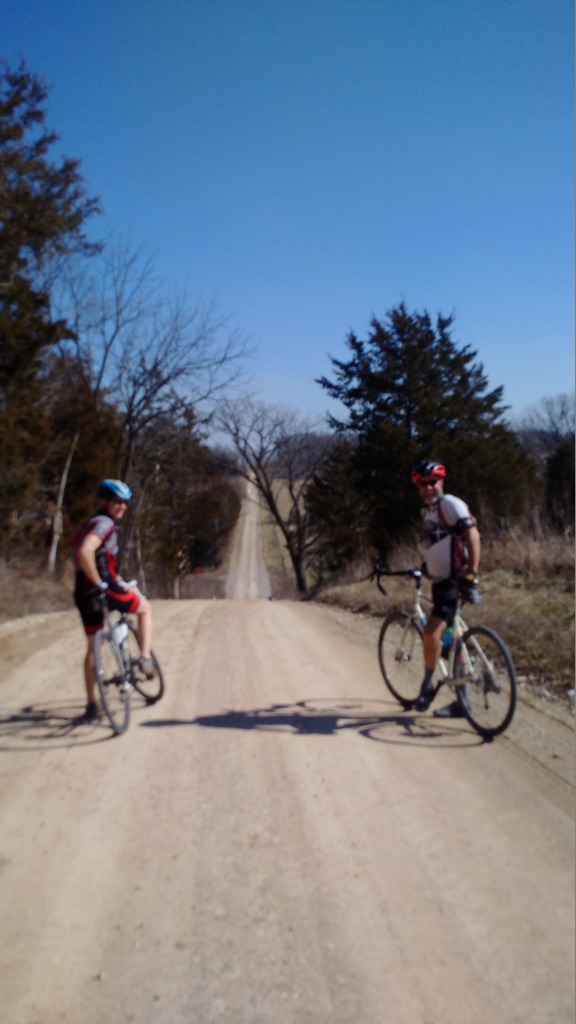 At the half-way point, a hot dog oasis was a welcome respite after a particularly long series of rolling hills.  The hot dogs were GINORMOUS, delicious, and served with various condiments, Water, and a selection of beer and whiskey rounded out the options. 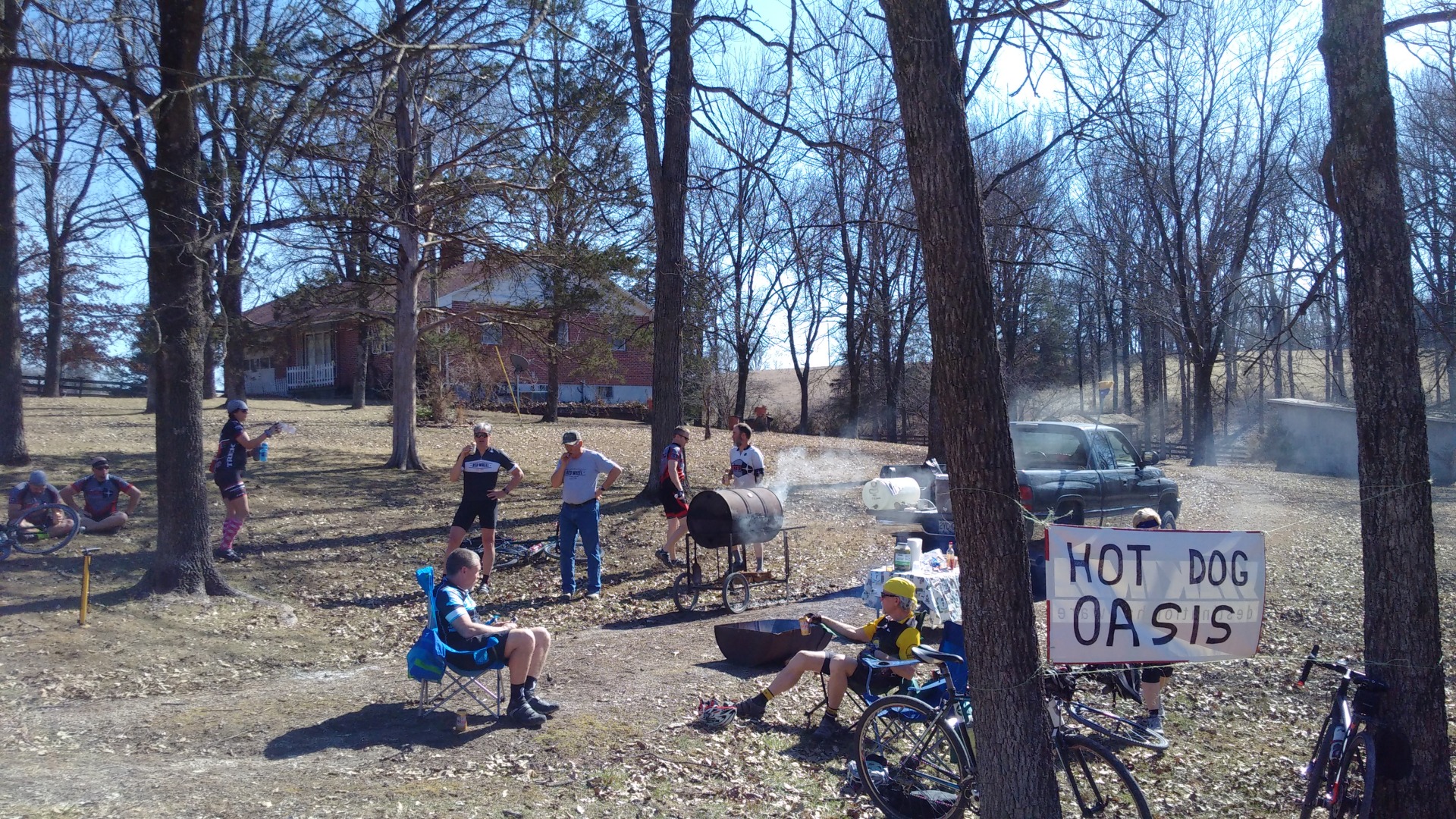 Another favorite stop was The P4 Pub and Grub in Tebbetts, MO.  In addition to serving up their regular menu, they had commercial cooler stocked with Gatorade, candy bars, soda and beer.  The chocolate peanut butter cup cupcakes were the bomb – enough said.

At Tebbetts, our group split with the majority continuing on with the planned course, completing the 50 mile route.  Three of us turned around for an out and back course, because doing the all those hills in the opposite direction must be twice the fun, right?!?!  Besides, the training plan for the week said we needed 60 miles, not 50, and away we went.

On the way back, Chuck must have started talking smack with a sow that was loose in the road just after the low water crossing.  The sow must have thought Chuck’s Salsa Vaya was some sort of anemic pig,and the race was on.  Chuck must not have seen the sow making her move when she launched into an uphill sprint.  Thankfully, Chuck recovered quickly, defending the Team Virtus reputation with strength and honor.  Before long the sow abandoned the race and returned to the section of road that had been effectively co-op’d by the farmer and his stock.

When it was all said and done, the course was very well marked, with excellent organization through out the event. Three of us had turned the Callaway 50 into 60.8 miles and accumulated 3,000+ ft of elevation.

The day ended with BBQ, beer, and a view of a bald eagle, all from the deck of Red Wheel Bike Shop. If that doesn’t make you want to ride this event next year, someone should check you for a pulse.”