“Last weekend I did the Huracan 300.We can definitely debate the smarts required to do this, and I will voice different arguments today than before the start, but all in all it was an extremely satisfying way to spend some time on a bicycle.

You basically line up anywhere along the route (I chose the mass-start location at Greenway Bicycles in Santos) and proceed clockwise or counter-clockwise till you reach the same point you started from. There are a few rules but mainly the focus is on doing this without outside support other than from commercial establishments available to all racers. 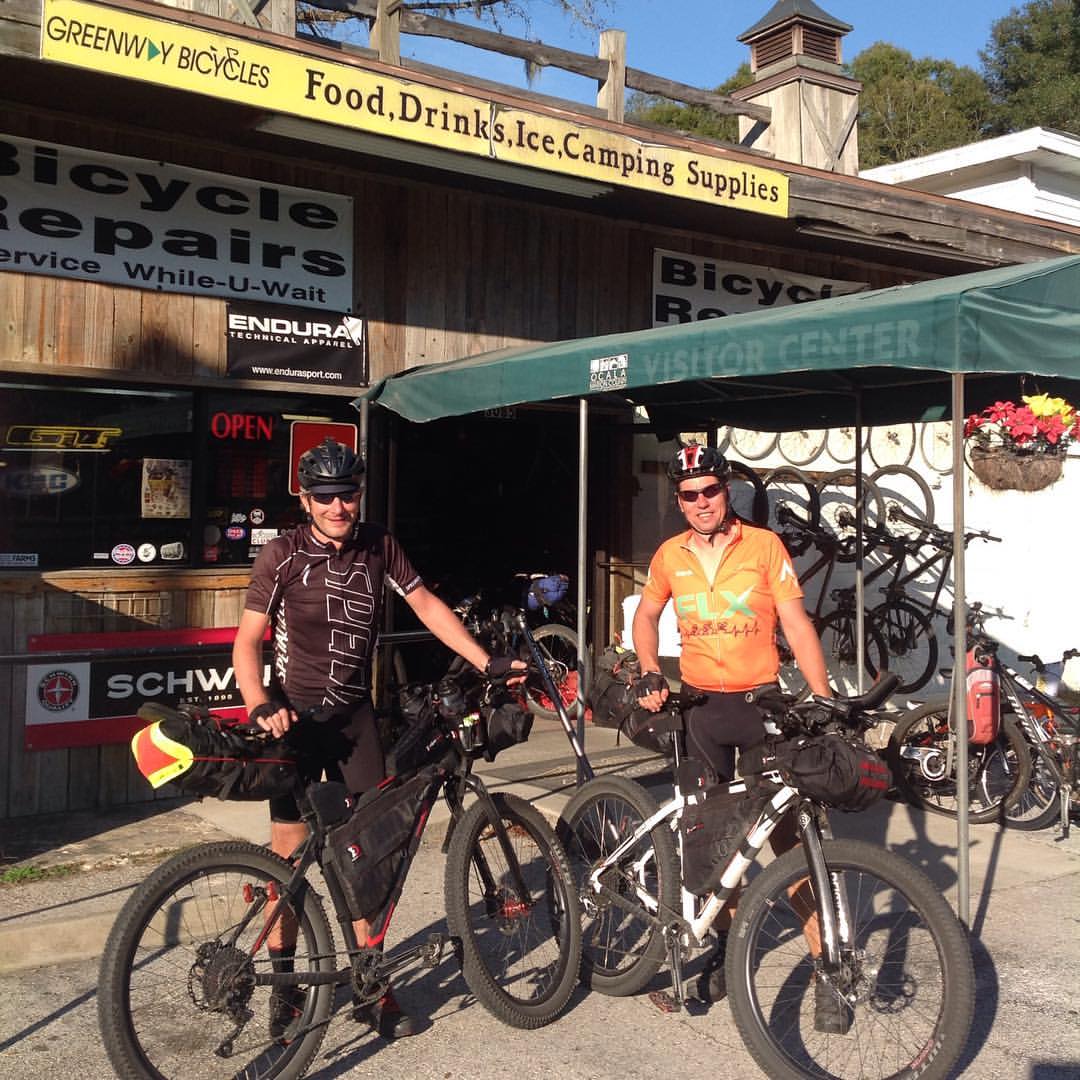 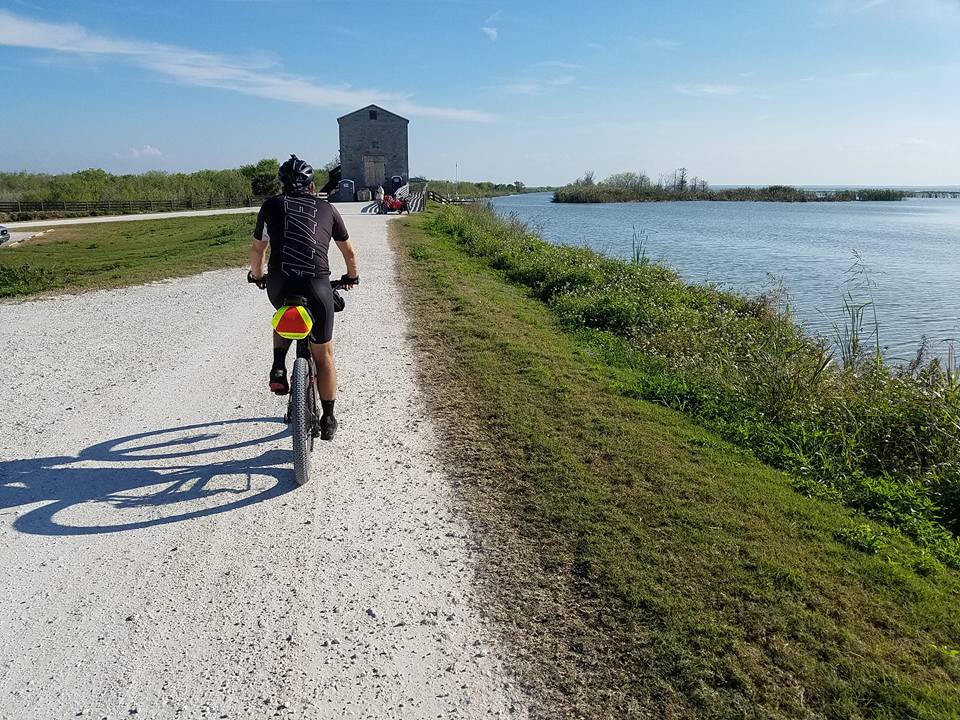 The route takes you along some of Florida’s best singletrack, through multiple National Forests and Wildlife Management Areas and other preserves with pavement connectors between them as needed. 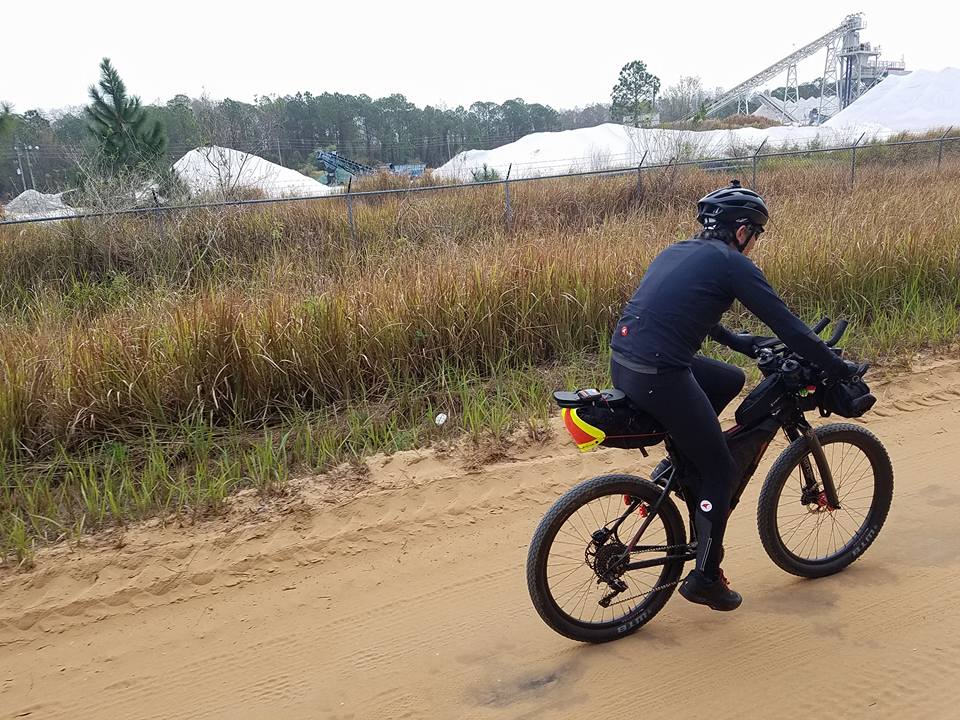 In total I covered 346 miles including a few off-course excursions for meals and the absolutely necessary cup of coffee.

I slept a few hours a couple of times and dawdled around a few more hours for a moving time of 35-odd hours and a total time of 56:30.

There really was no haste and finishing while having as much fun as possible was the goal.

If you are in Florida with a few days on your hands at the beginning of February, DO IT!

I would like to chase the cup this year by doing metrics and believe this trip was a fair 240 miles of dirt, so I’m hoping to score four notches. Daily totals were 159 miles , 119 miles and  68 to finish.”