“This Sunday was an invigorating ride that turned out to be more of an adventure than anticipated. It started out as a nice sized group ride including Austin, Dan, Daren, Dave, Scott, Jamie and myself. With a daunting 20mph NW wind facing us, I mapped out an approximately 65 mile lollipop-style route going from Manhattan up toward and around Leonardville. I had never ridden most of these roads, a fact which led us into some interesting situations. 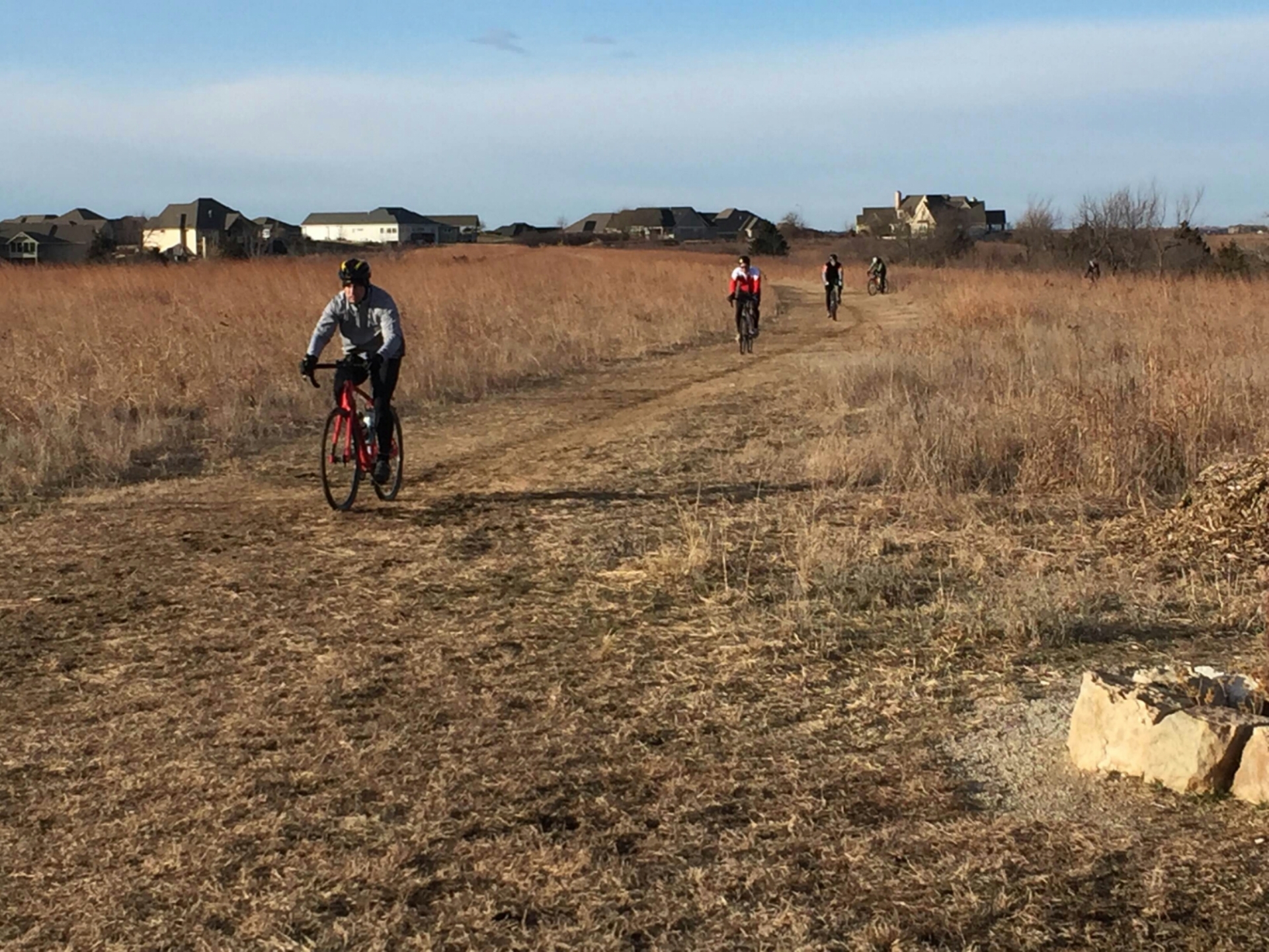 Complications started early when hesitation crossing a highway caused a rider collision, bending a wheel and brake rotor. 10 minutes of roadside maintenance later and we were on our way again. After a short bit of grassy doubletrack we were finally on gravel. The next bit of trouble came few miles later when we hit a back road with super sticky clay mud. Everybody got stuck in place. Luckily, something was nearby that provided some of the greatest mud cleaning sticks I’ve ever used. That’s right, when you’re mud-bogged, all you have to do is snap a rib off a deer skeleton and clean away! 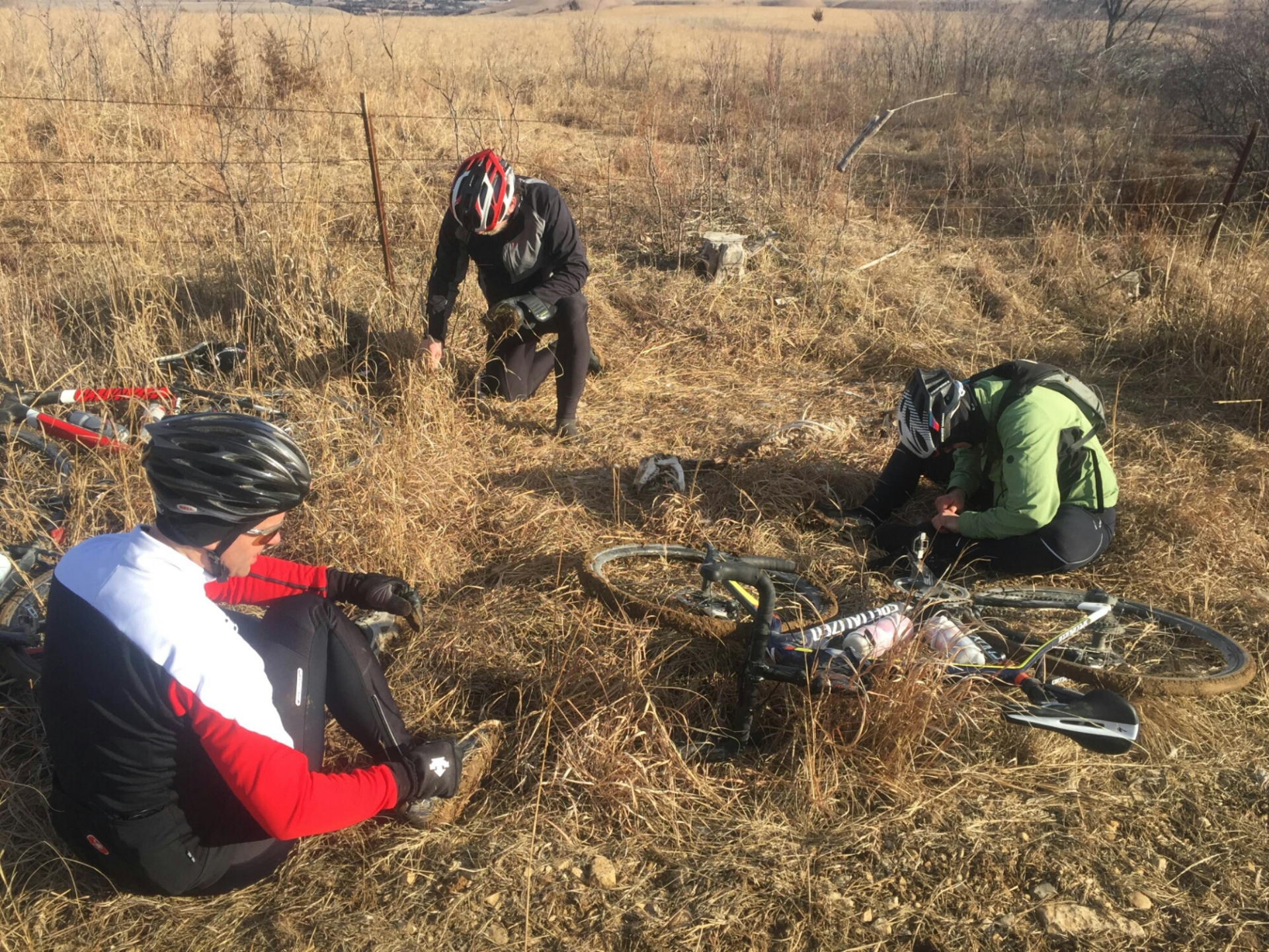 The next challenge was a downed bridge and construction site where, with  no usable roads to circumvent it, we had to improvise a bridge out of rocks and logs. A few guys ended up with wet feet, which on a chilly morning is no fun at all. At this point, after two hours, we had only made it 15 miles! 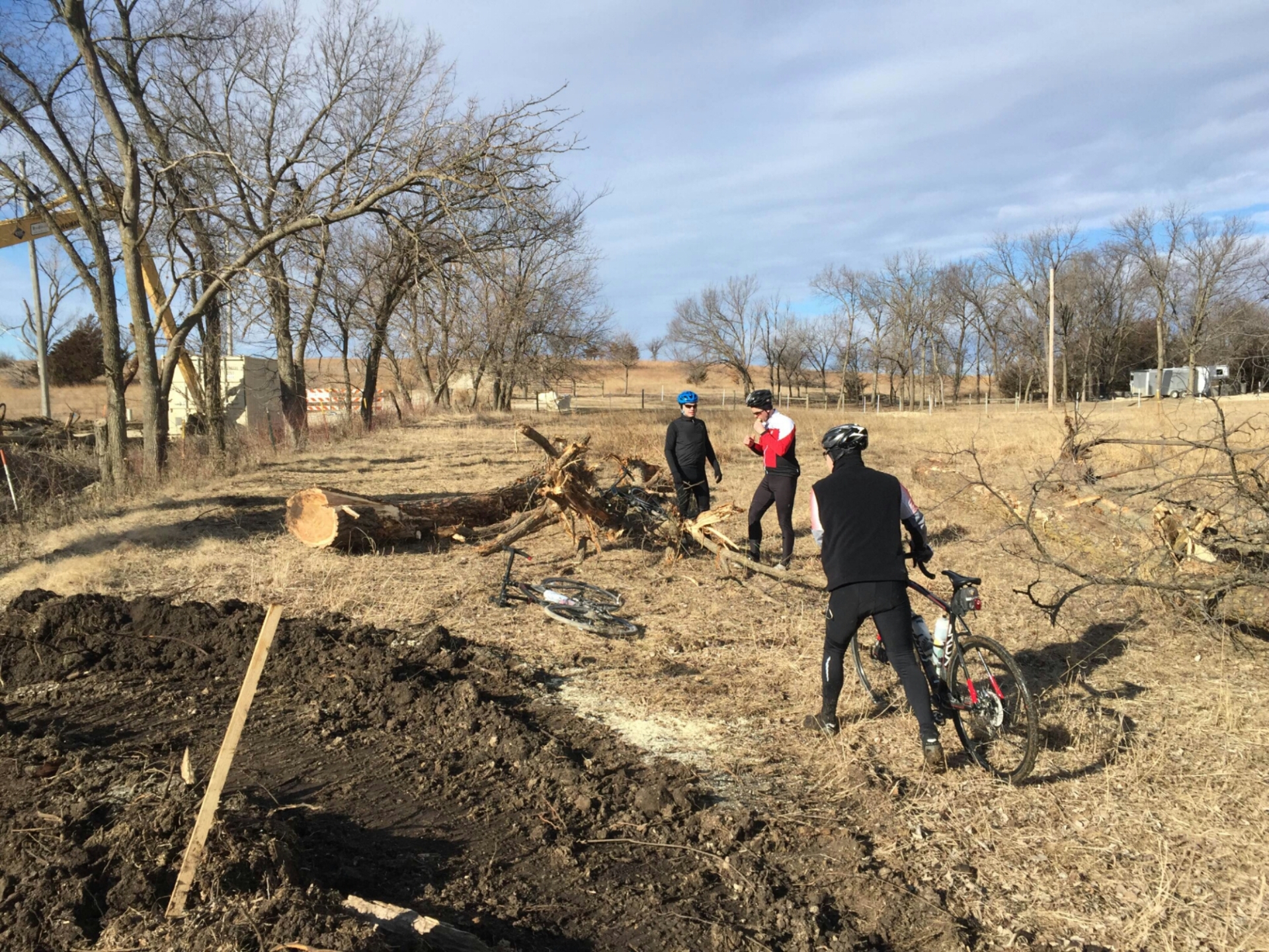 The next 10 went much more smoothly to reach our rest stop. My girlfriend, Lani, was taking care of a farm house near Leonardville and was gracious enough to host us with coffee, biscotti, bananas, and a restroom. Here the rest of the group turned toward home while Jamie and I continued north to add on the extra miles we needed to make our ride a metric century. Our last hiccup was a super muddy road preventing my proposed loop around Leonardville and forcing an out-and-back route for us.

With the group much smaller and sources of complication lessened, our remaining 40 miles took the same three hours that our first 25 had taken. Especially once we turned around with the wind at our back, Jamie and I flew! In the end, we did a cool 63.9 miles, sliding us in just above the 62.2 requried for a metric. It is always exciting when a ride turns into an adventure like this, but I still hope most of this year’s riding goes smoother.”