I planned a complicated but well timed series of loops of the trails.  The trails,when ridden from end to end, would only get me to about 25 miles.  I’d need to ride everything twice and then some.  I parked my car at a point near the middle and stocked it with coffee, water, and sweet and salty foods so I could stop there throughout the day and restock.  I realized this was extremely risky since I’d be riding past the “bail out vehicle” umpteen times that day.

My initial band of 3 left after our short loop, but others dropped in throughout the day to say hi.  I’d get a burst of energy every time someone would stop to say hi, or ask “are you the girl doing that metric today?!”

People who don’t participate in endurance athletics tend to ask me what I think about while I’m out there for so many hours, often solo.  The answer is everything, and nothing, and everything again.  The thoughts are like drifting clouds, observable for a while until they change shape and move on with the breeze.  Biking is as close to meditating as I can get. I’m hyperactive and usually always in motion, but the constant rhythm of pedaling quiets my mind.

I saved the double track for the second half of the day.  I figured this way, as my brain lost focus as the day dragged on, I wouldn’t have to think about holding my line or actually steering my bike.  (If you’d like to hear my comments on steering my bike, CLICK HERE.  It’s embarassing but true.  http://minnesota.cbslocal.com/show/live-wcco-video/video-11068132-woodbury-hosts-4th-annual-cold-catfish-cup-race/)

Another buddy met me to ride the double track. I made the mistake of letting him select the trail even though he had never ridden this section before.  He selected the uphill line.  We climbed and climbed.  The trail was narrow, windy, on a hillside that didn’t get much sun so there were pockets of ice.  We came across one area where the freeze / thaw cycles had made a 25 foot wide swath of glare ice across the trail.  The surface was slanted, so as I tentatively stepped out onto it I began sliding immediately.  We carried our bikes through the brush and sticker plants, thinking we were home free.  We picked up speed through the woods and just like that, my buddy was on the ground.  There was a giant rooster tail of snow and he landed HARD.  His knee was stinging, his side hurting, He bailed to pavement, and I went back the way I had came.  I knew if I took the pavement shortcut I wouldn’t hit my “dirt” mileage for the day and my goal would be shot.  We both ended up back at my vehicle at about the same time and I was very thankful to know he was ok. I shoved some more food down and headed back out again.  Salted caramel puffcorn is surprisingly amazing at low temperatures!

At this point I hit the windblown section of the trail, the River Bottom’s wide open expanse. Many cyclists don’t like it as it is boring, but I am drawn to it and it’s largeness.  It’s easy to forget I’m buried in a busy metropolitan area when I’m in the river valley.

I got back to my car and checked my Garmin.  I had 3.75 miles to go.  THREE POINT SEVEN FIVE MILES.  Talk about excruciating.  I forced myself back onto the gravel access road and onto the single track again.  The mental demons asked me why I do these crazy things.  I had no good answer at this point.

When I rolled back into the parking lot I was in denial that I had actually pulled off this asinine stunt.  I’m a little embarrassed to say I was in motion for a full seven hours that day.  I really thought it shouldn’t take that long.  Also, I’m not sure which is more shocking — my single/double track metric century in the cold and snow, or the fact that I ate half a chipotle burrito on the car ride home without spilling burrito parts all over the vehicle!” 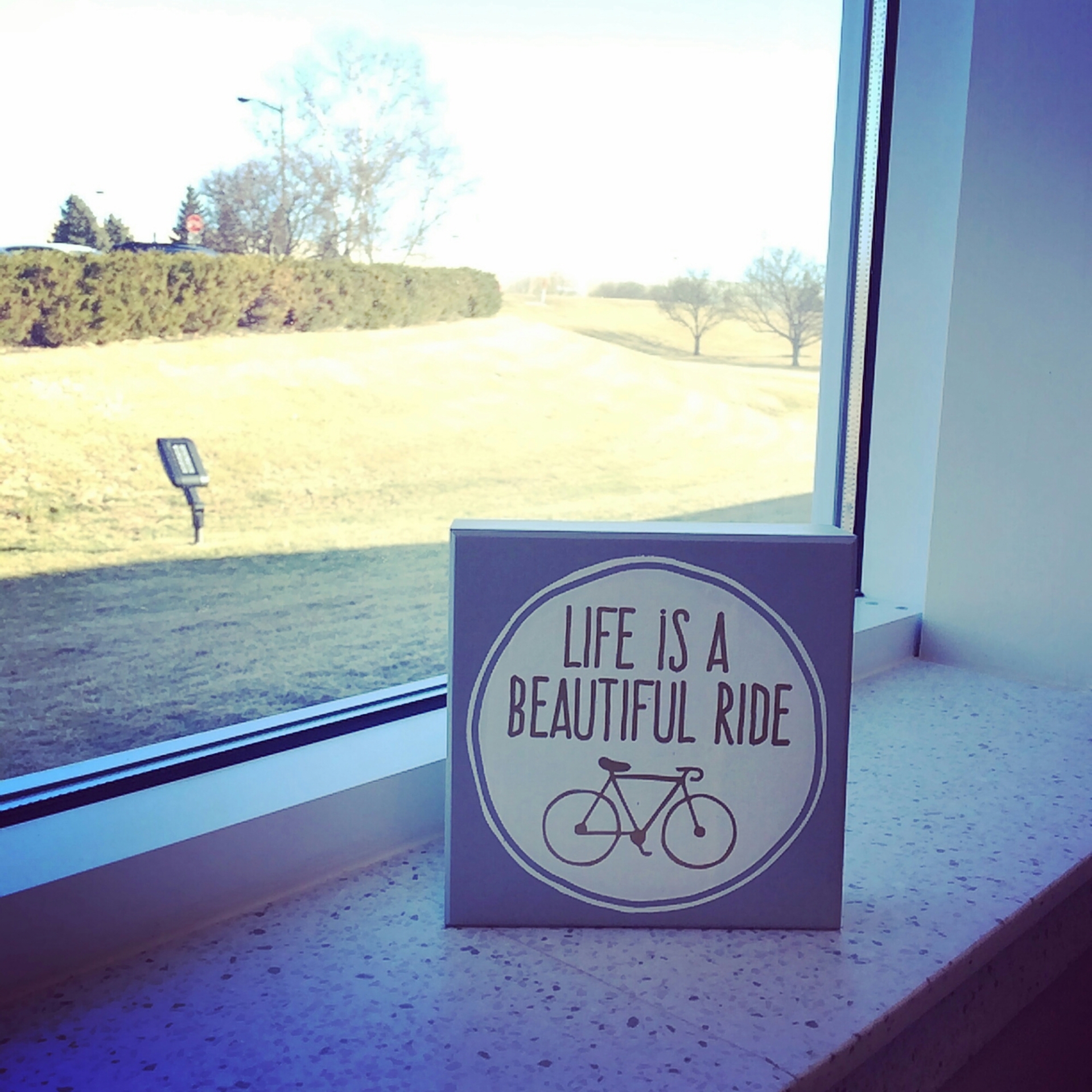