“Wisconsin has an abundance of state trails that crisscross the state atop of old rail beds. While most are considered multi­ use and allow motorized vehicle traffic, a few remain exclusively human powered.  The difference between the two types is very apparent in the town of Amery, Wisconsin.  Near my home in is the western end of the Stower 7 Lakes trail. The 7 Lakes is a 14 mile crushed limestone trails used by cyclists and runners in the summer, and cross country skiers in the winter. Amery is the eastern terminus of the 7 lakes trail and the start of the Cattail multi use trail.

As far as November weather in Northern Wisconsin goes, a 60 degree sunny day is pretty rare. So I  took the opportunity to cross off my 12th metric century!

I rode east from my house a few miles to reach the western end of the Stower 7 Lakes trail.  As the name implies the trail passes 7 Lakes as you ride through the countryside past farms, fields and marshes. An hour into my trip I had reached Amery for a lunch stop.  I found a quiet picnic table next to a lake to enjoy some premium nutrition. 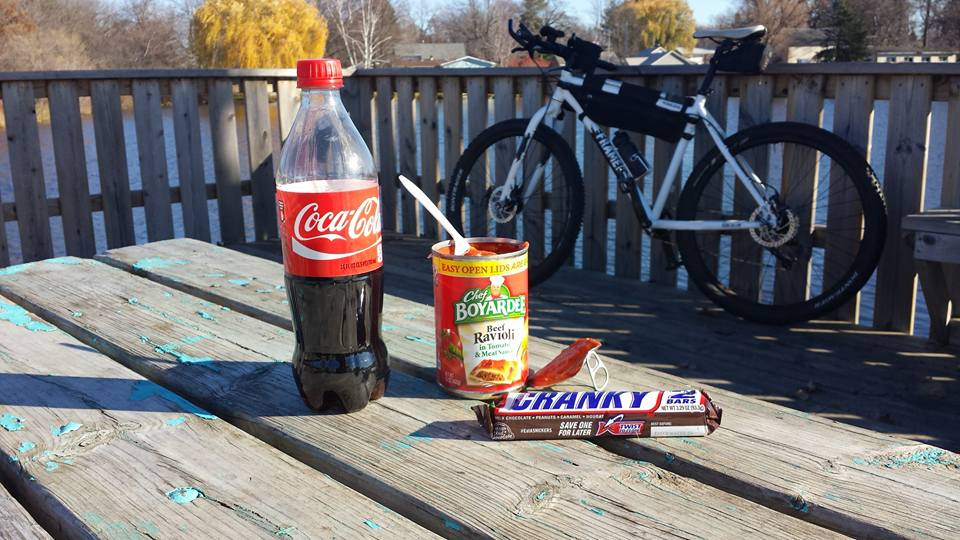 At this point I crossed over from the ultra firm crushed limestone of the 7 Lakes and began the loose class 5 gravel of the Cattail Trail.  The change was immediate, the loose gravel caused my speed dropped to 12 mph, and stayed busy steering around 3 inch rocks. All the while climbing a 1% false flat over 15 miles. 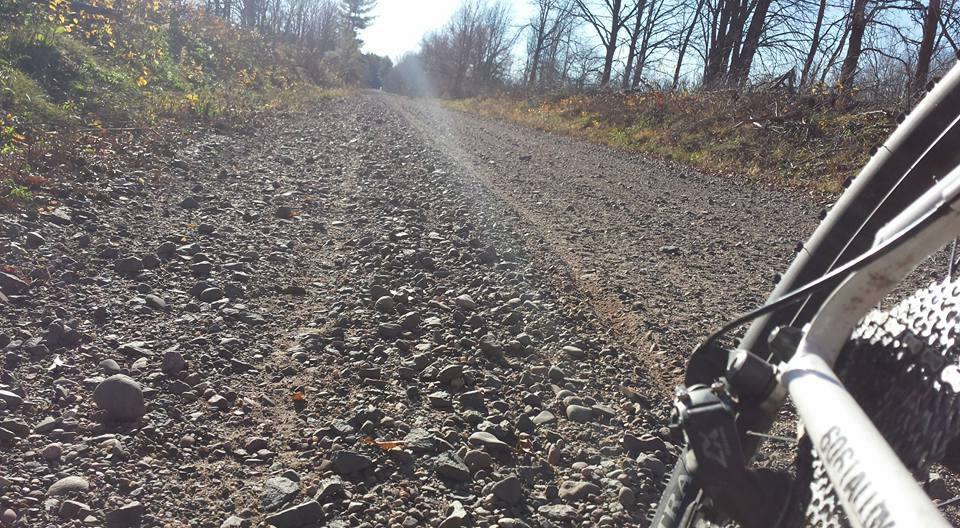 As I rode I pass a few ATV riders that all slowed down, waved, gave me plenty of room. I reached the turnaround just east of Turtle Lake and began the return trip. The ride home seemed to go quickly as is was all downhill and I knew exactly what lay ahead of me.  The only concern I had was that I had not brought a light, and I would have to push hard to be home before dark. It seems like a rookie mistake but I forgot daylight savings had just begun last week. The wind fell flat as the sun passed below the trees, and the lakes went still.

With 5 miles to go I went through a short spell of leg cramping which force the pace to slow, but it passed and I was able to make it to my driveway just as the last of the daylight was passing.”