“Hi. I am submitting a 70 mile ride to qualify for a metric century.   I’m registered for Actif Epica up by Winnipeg, Manitoba on February 13th and was doing a longer training ride this past Saturday.  The temp was pretty warm for Fargo this time of year, around 20 deg F, but the wind was howling from the south at about 25mph.  We’re pretty flat around here, so the wind are our hills!!  When I started out, I had to turn around and head back to the house after about a mile.  I needed a little more wind protection on the body. In town, I could tell there was some wind.   I went back out and  hit the country.  It was almost a ground blizzard out there.  I quickly realized I should have brought my goggles and heavier windproof shell.  I had to put on a heavier hat and when I layed the bike down, one pogie was filling up with blowing snow!!

I made a decision to head back to the house again and pick up these items.  I thought there is no way I’m going to be able to get this ride in under these conditions.  I made it back home and headed back out with goggles and a better jacket.  I hit the gravel and headed east.  The clothing worked just as it should.  I was comfortable and all I had to do was pedal.  I had to lean to the right to keep the bike upright.  There was some drifting and I had to walk it through some pretty good sized drifts.  I just kept thinking, I’ll just see how it goes, I can always turn back.(Wimp!!) 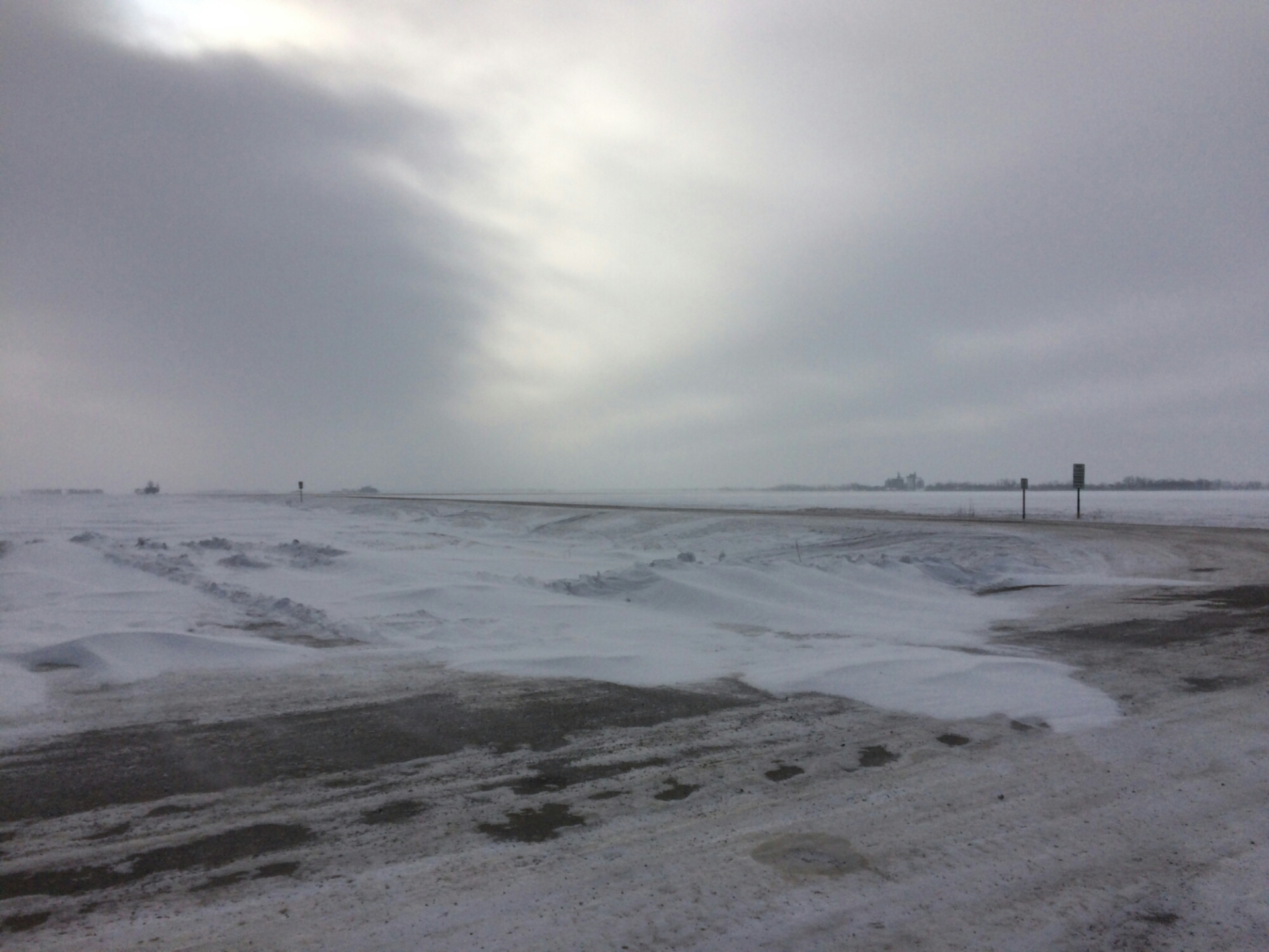 After a few miles I headed north.  Relief from that damn wind!!  A nice needed break.  Eventually I turned west and leaned to the left.  I took a couple stops to have some liquid, food and a couple photos.  At mile 50, I headed south and it was exactly how I thought it would be. Tough!!  I just had to pedal through it.  Good training!! I headed to a C store 10 miles away doing about six or seven miles an hour.  The wind was constant – no letting up. I made it to the C store at Harwood, ND.  I had a sandwich and some liquids.   For the ride home, I took some more gravel and had to hike the bike through some waist deep snow in a ditch to get to another road.   I made it home and was beat.

Originally when I had to turn around twice, I thought there is no way I’m going to submit this.  By the end of the day, I had worked my ass off for those miles and thought,  how can I not submit this!!   So here it is. I hope for a great year of riding!!  Thanks!!”